Embark on an old rig in Brittany. The Corentin, traditional Breton sailboat, offers a daily cruise in old rig between Concarneau and Pont-Aven

Cruise “From Concarneau to Pont-Aven”

Departing from the marina of Concarneau at 9:30 am you head south to pass the tip of Trévignon and its magnificent castle before walking along the coast of Port Manec’h and join the river Aven. At anchor in Pont Aven in a green setting you enjoy the tranquility of the Aven which inspired so many painters; and picnic aboard (picnic to bring) in a friendly atmosphere.

Discover the Breton coast in the most beautiful way, on the deck of a three-master. Embark at Concarneau and discover the tip of Trévignon and its picturesque port, the coast of Port Manec’h and the mouth of Pont-Aven.

In the afternoon, Corentin hoist his sails with your enthusiasm to reach his home port around 6.00 pm.

Next departures : Friday 10th May

It’s up to you to choose your next boarding for your traditional Corentin sailboat cruise:

The Lougre de l’Odet or Corentin is a “famous” three-master. It is mostly a replica of the Aimable Irma, a cabotage lugger of the 19th century. The plans were found in the archives of the Baudens yard at Arcachon. They were rebuilt between 1990 and 1991, in the shipyard from Saint Guénolé to Penmarc’h.

A lugger is traditionally a sailboat with three masts rigged sails third. Used by the navy, the smugglers, these boats later became the “trucks of the sea”. They transported goods on the rivers of Brittany and France.

Discover all the other cruises departing from Concarneau 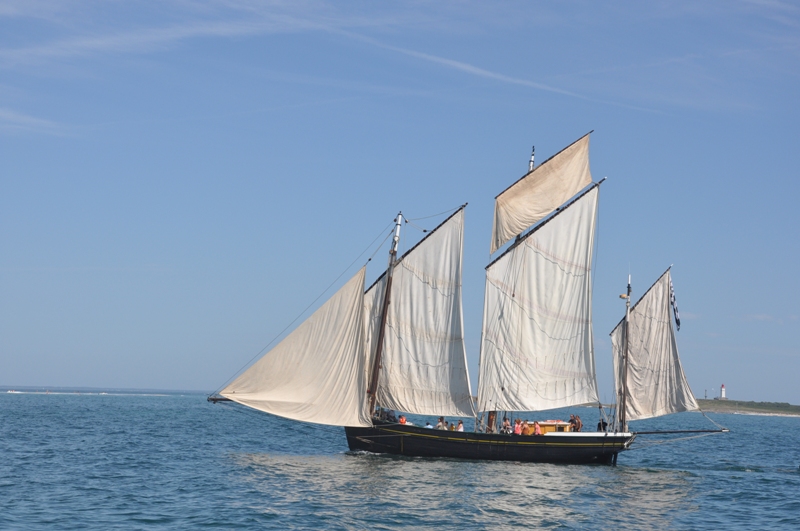